A dear friend of mine was out walking with his dog Harley the other day, and whilst walking, he came across litter that had 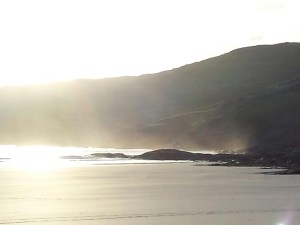 obviously been left by whomever. At first his immediate response was of anger and disgust at the people or person who had left it. He picked it up and put it in a plastic bag which he carried and, continued his walk. He picked up more and more litter and each time, felt annoyed and angry that someone could do such a thing and have such disregard for the countryside. At the end of the walk his once, empty pastic bag was now full of other peoples rubbish. To accompany this, his mind and body was also full of anger, annoyance and resentment. When he stopped at a public bin to dispose of the pastic bag which contained the other people’s rubbish , he paused for a short while and reflected on his walk. At the beginning of his walk, he was full of happiness, a sence of well-being and innner peace, looking forward to his planned walk and mother natures wonders, but through picking up other peoples rubbish, his state of mind and body changed and his overall well-being had been replaced with his choice to allow other people’s behaviour change his natural harmonious state.

Putting the bag full of rubbish in the bin, he became mindful and allowed himself to bin’ the feelings he had also picked up along the way.

Note to Self: Don’t allow or let other’s people’s rubbish effect your overall well-being. Aways remember, you have a choice.